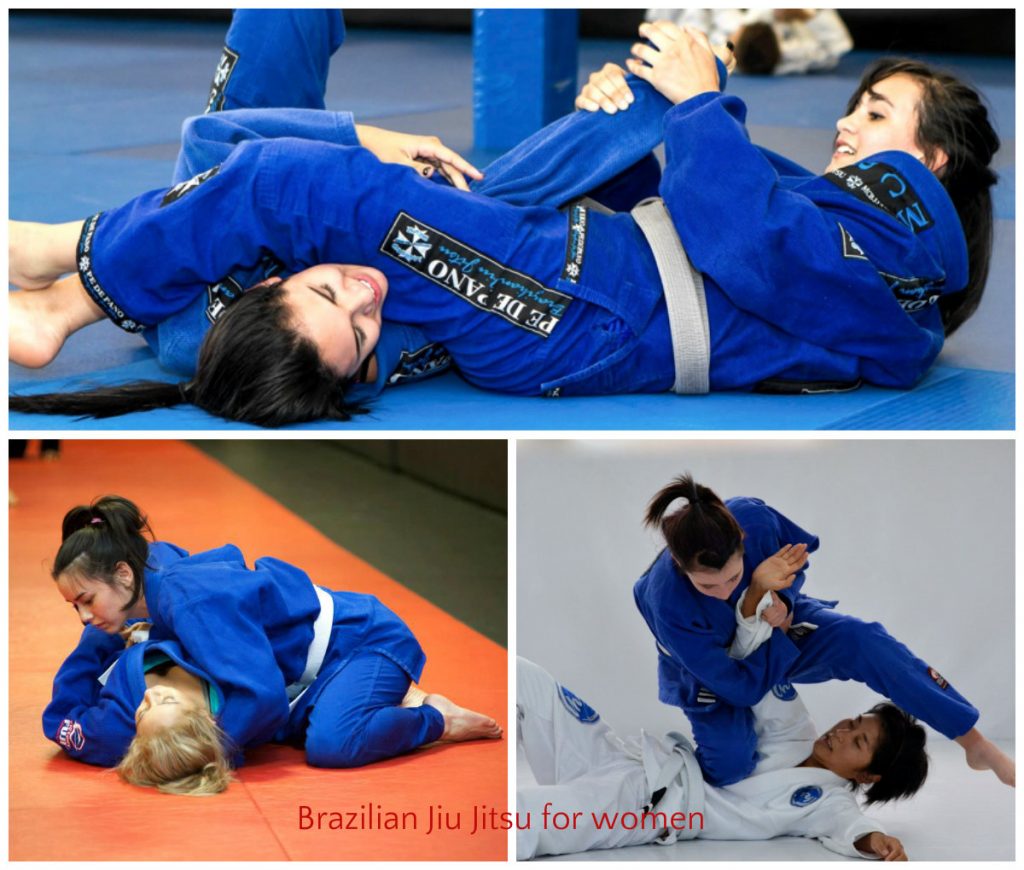 When a person thinks of martial arts, they most likely imagine two men in their prime punching and kicking each other. While that can be true of some styles, this isn’t the case with Brazilian Jiu Jitsu (BJJ). This style of martial arts is all about controlling the flow of a fight by manipulating your opponent’s body. For this reason, BJJ is extremely useful for women as it relies on body mechanics rather than strength. However, this isn’t the only benefit it offers. In this blog post, we will go over six other ways practising BJJ helps women.

It strengthens your body mentally and physically

A BJJ session can last an hour and a half and burns up to 1,000 calories. Also, in addition to gaining flexibility, muscle mass and generally getting into better shape, it relieves stress.

A BJJ session is an incredible work out for your brain as well. During a class, you can only focus on one thing at a time, which is training. The focus required to succeed means your ability to concentrate will develop. In addition, your social skills also get a boost. As time goes on, you’ll find you enjoy spending time with each other.

It isn’t necessary to be strong or big to succeed

By using simple techniques to escape a difficult hold, a smaller individual can defend herself from an opponent. This is because size plays an important role in the movements involved in BJJ. The smaller the size, the more swiftly the person can move. This is the basic idea behind the sport. By using their knowledge and taking advantage of their speed, a smaller person can easily defeat a person twice their size with the right techniques.

Everyone’s equal on the mats

Whether you’re weaker, older or overweight, anyone that trains rigorously can excel in BJJ. Most women training in BJJ can even become better than their male counterparts who might have the same teachers. A huge part of this is because women have a smaller bone structure than men, they’ll be more agile and faster than men who are generally more muscular or larger.

Young girls tend to look up to the females around them. When they see a woman who practices BJJ, they’re encouraged to incorporate healthy habits, become more disciplined and better handle themselves in tough situations. Practicing BJJ comes with several benefits, including, learning to love yourself and surrounding yourself with people who care about your safety.

Many people joining Brazilian Jiu Jitsu do so with the sole purpose of getting in shape. They might be tired of the way they’ve looked or may just be looking for a change. BJJ increases your metabolism (It gets your heart rate significantly up) and helps you look and feel fitter. Hence, it’s a great way to gain confidence while getting in shape.

These benefits can be reason enough for anyone to start training Brazilian Jiu Jitsu. Although they might not know this yet, women benefit from it a lot more than they realize. They’ll overcome situations they haven’t before, like being sweat on, facing stronger opponents, having to overpower someone bigger, and other such scenarios. It’s definitely something that deserves respect.