Have you been searching online for “best boxing classes near me?” Then you have arrived at the right place.

Boxing is one of the oldest and most celebrated martial arts. It has been refined and perfected for thousands of years to form an efficient striking system. It includes different head movements, footwork, and punches, and is widely considered one of the most effective self-defence methods. Boxing has given us some of the greatest athletes of all time, such as Muhammad Ali, Mike Tyson, and Manny Pacquiao.

Boxing has its roots in martial arts. Therefore, to know boxing in-depth, you first have to  learn about martial arts.

A Brief But Impactful History of Martial Arts

Asia is considered the hub of martial arts. However, modern-day martial arts originated in South Asia; India specifically. During the 11th and 12th century AD, there was a popular form of martial art called Kalaraipayattu prevalent in the southern states of India. Later the Buddhist monk Bodhidharma learned this art in India. While he was propagating Buddhism in China, he made certain changes in the Kalaraipayattu and gave birth to a new martial art form called Shaolin Kung Fu.

The martial arts are practised for several reasons. These include self-defence; physical, mental, and spiritual development; military and law enforcement; competition; entertainment; and to preserve a nation’s intangible cultural heritage.
When people think of martial arts, they are most likely to picture the forms in their mind like karate, kung-fu, and judo. Thanks to different media platforms, especially movies, these art forms are celebrated worldwide. But several lesser-known martial arts are still practiced today.

Taekkyon: Taekkyon originated around 50 BCE and was one of the earliest Korean martial art forms. It was widely spread and was used by a large number of military men during the Goguryeo era. However, by the end of the 13th century, it lost its popularity. But famed martial artist Song Deok-gi preserved the glory of Taekkyon and passed it down to modern Koreans, who re-popularized it by the mid-1980s.

Pankration: Pankration originated in ancient Greece around 2000 BCE. According to Greek mythology, Hercules practiced it to fight the Nemean lion and Theseus, who used it to fight the Minotaur. Earlier it was used as a war technique by the Spartan hoplites and Alexander the Great’s Macedonian phalanx. Today, it is considered a form of mixed martial arts (MMA).

Shuai Jiao:  Shuai Jiao is considered the most ancient martial art of China. Known as Chinese wrestling in English, it originated around 2697 BCE. During the Qin Dynasty (221-207 BCE), it was celebrated as a popular sport, and the best fighters were chosen as the emperor’s bodyguards. In the modern era, Shuai Jiao is taught in Chinese police and military academies.

Malla Yudda: Malla Yudda is also one of the ancient forms of martial arts, with roots in South Asia, and dates back to 3000 BCE. It is mentioned in the Mahabharata, one of the two Sanskrit epics of ancient India.
It follows four styles: The first one concentrates on technical superiority; the second, for locking and holding to force the opponent into submission; the third style is for attacking the limbs and joints, and the fourth demonstrates sheer strength. It has faded in popularity but is still practiced by small communities in South Asia.

As people travelled into new lands, they took their martial arts with them and created new styles or forms. The more martial arts had spread, so did the mixed style ideas. Mixed-style competitions eventually gained popularity as participants realized they must study any combative art form that could give them an edge in becoming well-rounded fighters. From then, competitions were no longer between athletes who focused on a singular martial art but between mixed martial arts athletes.

What Is a Mixed Martial Art?

Mixed martial arts are a hybrid form of combat that incorporates different martial art forms like wrestling, boxing, karate, judo, jiu-jitsu, and Muay Thai. After being banned by the Roman emperor Theodosius I in 393 AD, it was popularized again by brothers Carlos and Helio Gracie in 1925.

Boxing has always been seen as one of the purest forms of fighting. It plays a crucial role in modern MMA because it is the best fighting style for teaching standing-up fighting skills, with footwork, head movement and punching techniques. These are the vital skills every MMA fighter must learn to compete at any level of MMA. Some star boxers in MMA include Junior Dos Santos, Holly Holm, Nick Diaz, Anderson Silva, and Conor McGregor.

If you are inspired by them and looking for a kickboxing training centre near Brampton, contact us. MMA is beneficial for all types of situations, including stand-up fighting, ground-and-pound, and grappling. The best part about MMA is that you can take an original martial art style and mix it with your own fighting style and technique. Our professionals will guide you on where to begin your MMA journey; then you take it from there. There are many forms like boxing, wrestling, striking, ground-and-pound, Muay Thai, Brazilian jiu-jitsu, Krav Maga, taekwondo, and much more. MMA will help you to become a well-rounded fighter.

What Are the Benefits of MMA Training (Especially for Women and Kids)?

You can gain immense benefits from MMA training, like improved fitness, increased confidence, discipline, and self-control. 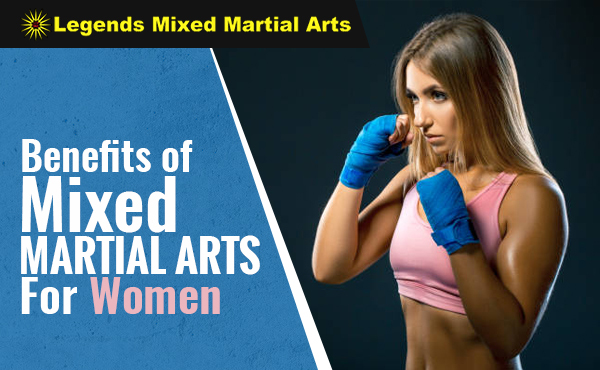 For women, it helps:

MMA training teaches children to defend themselves realistically. It also helps them learn to honour, discipline, patience, focus, and calm. It makes them bully-proof, responsible and increases their confidence and courage.

Learning martial arts is one of the best things you can do to improve your physical and mental health. But MMA training requires time and dedication to become proficient in it. If you dream of becoming a professional MMA fighter, then give 100% of your heart and effort to it. Then, contact our professional experts to point you in the right direction.