Wrestling tests both your physical and mental capabilities. For years, many girls and boys have played the sport with a lot of enthusiasm. They usually start with school or local wrestling clubs and succeed to higher levels of competition.

The kids who join our wrestling school in Brampton enjoy plenty of benefits. Besides becoming strong, wrestling teaches them how to handle their emotions and respect their opponents.

Are you uncertain if your children should wrestle, let alone enter local competitions? Here are a few reasons you should consider it.

Why Children Should Be Encouraged to Participate in Wrestling Competitions 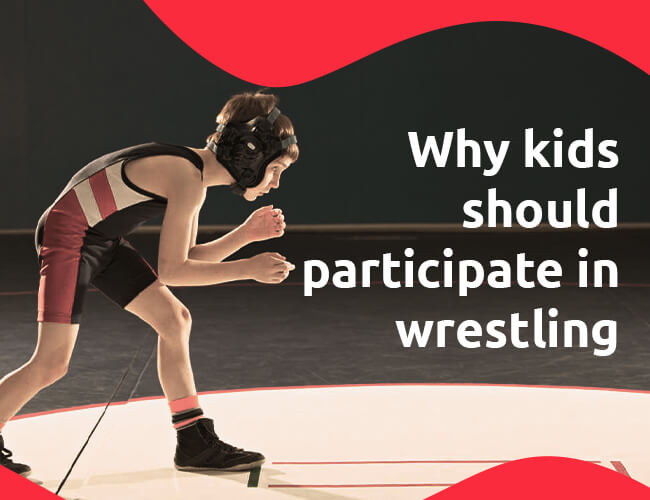 Kids can wrestle at any age, but those who begin early gain the flexibility that helps them excel in competition. Having athletic skill is an added benefit but the essentials necessary to reach the top level in wrestling need to be learned through training. This sport is not just about being aggressive but showing commitment and discipline. They need a coach who can understand them, help identify their weaknesses, and boost their confidence.

While not dangerous when practiced correctly, wrestling is still a tough sport that requires stamina and endurance. Kids who wrestle should also have the ability to fight even in a difficult situation. As such, they learn to remain calm and not give up, even in tough situations.

This sport may make children both physically and mentally stronger. It also provides them with the courage and confidence to conquer adversity. Therefore families also encourage their kids to participate in wrestling and other organized sports. Studies reveal that nearly 75% of American families with school-aged children have at least one child participating in organized sports.

3. Wrestling Is a Sport for Anyone

For some sports, physical power is a key to winning. But this is not true for wrestling. With the right exercise routine, a small, skinny kid can also become a winner against one with bulging muscles. Wrestling competitions give them a place where they can compete and win.

In competitions, kids are accountable for both their successes and failures. Therefore they need to be highly confident. Without an optimistic attitude, success can elude them. From the beginning, children learn to count on themselves and gain confidence on and off the wrestling mat.

To succeed in a local wrestling competition and build discipline, children need to develop certain habits. For example, they have to wake up early, eat a balanced diet for their desired weight, and at times sacrifice their social life to compete. Sometimes they even have to do tasks that seem to be impossible for them to achieve.

Every sport teaches its athletes to be competitive. To survive in competition, children must adopt the best practices. To compete for their team, they have to beat everyone on their team who is in their weight group. To win, they need to train harder than their opponents.

Although many kids don’t start as natural athletes, wrestling improves balance, reflexes, strength, endurance, and agility. A wrestler’s physique is further reinforced by the body fat and hydration tests that are enforced during competition. The knowledge they’ll gain about proper dieting and weight maintenance will benefit them long even after their professional or amateur careers are over. Wrestling can boost an athlete’s capabilities in other sports as well.

Various sports and martial arts are practiced for self-defence. Wrestling also teaches kids the following basic skills about how to protect themselves during a physical attack:

In wrestling, your child will learn what it means to be on a team and the values of sportsmanship. Wrestling isn’t just about winning; it’s about respecting your opponent as well. The point of wrestling is not to put your opponents in danger or intentionally hurt them. This separates it from other sports where hurting another player may not be encouraged but is accepted.

10. Wresting Is A Safe and Fun Sport

Some sports can be dangerous. Football, for instance, can lead to serious injuries, even at an early age. Under the supervision of an expert coach, wrestling is both safe and a lot of fun. Your kids might love how it feels to conquer an opponent using their skills and training, rather than just their strength.

The skills your child will learn from our wrestling school in Brampton and participating in local competitions will extend into every area of their lives. They will gain strength and stamina, but wrestling also improves their mental health. Expect them to gain confidence and develop the ability to work with others as part of a team. Self-discipline is one of the most important skills they will learn and will help them out later in life as they start their careers.