From getting a full body workout to improving your coordination, flexibility and confidence, there are many reasons why someone may want to train in a martial art.

Arguably the most significant reason is self-defence. Fortunately, there are many different types of martial arts that you can train in – each with its particular strengths and weaknesses.

If you are wondering which has the best self-defence techniques, we have shared the strengths and weaknesses of three of the most popular martial arts: Brazilian jiu-jitsu, Muay Thai, and boxing. 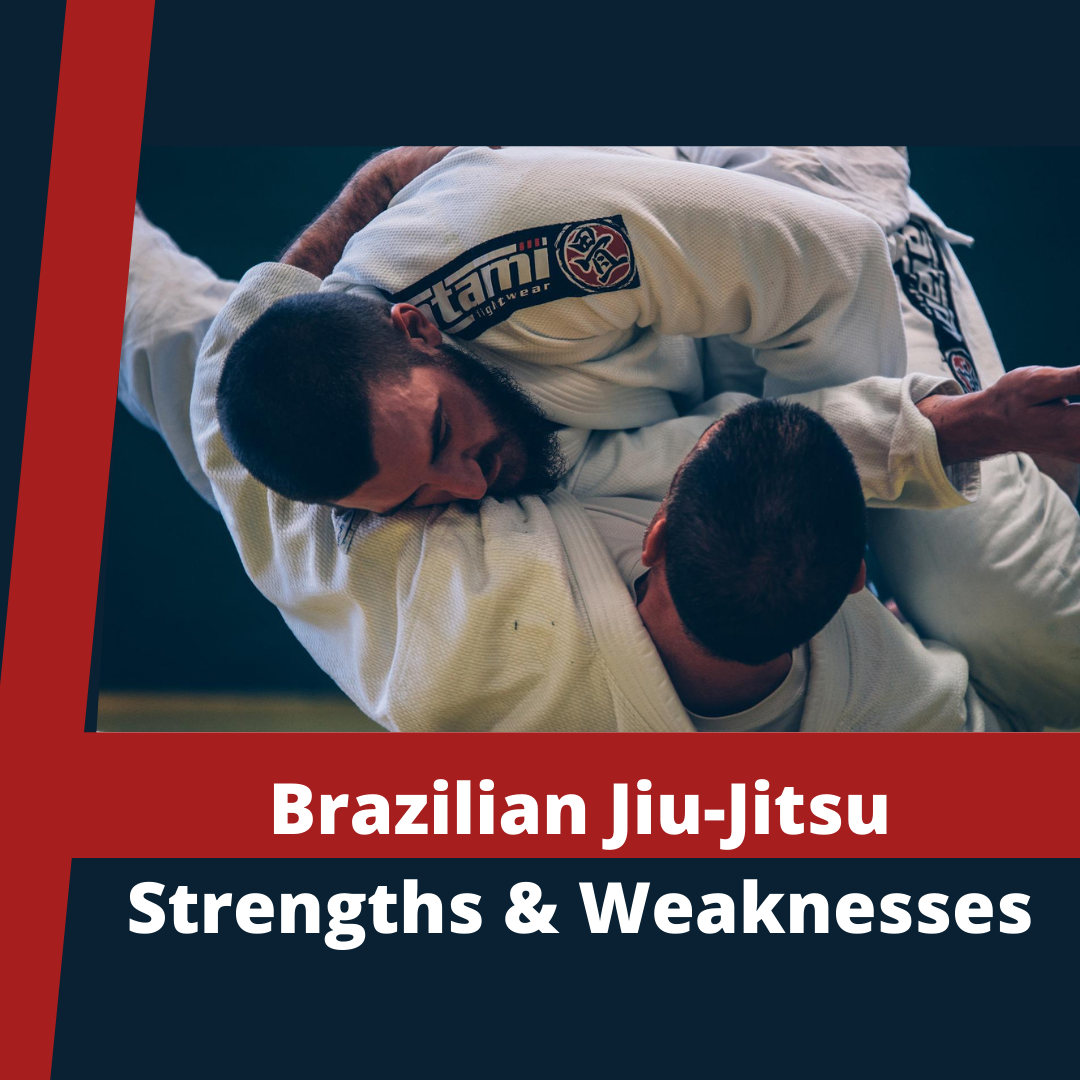 Brazilian jiu-jitsu (BJJ) is known for unique techniques that help smaller or weaker opponents beat bigger and stronger ones. It requires the use of your entire body, making it the ideal martial art for staying in shape.

Unlike other martial arts, people practice BJJ for the rest of their lives to stay in good health. Karate and taekwondo can damage joints, with injuries becoming more common and potentially more devastating. BJJ, however, while not without risk of injury, is a better sport to practice as you age. Let’s find out about the strengths and weaknesses of BJJ.

As mentioned, BJJ does not teach striking. So, as a fighter, if you are trained only in BJJ and go up against a more proficient striker, you may face difficulty striking back as it lacks stand-up training for punches and kicks. So, if you cannot manage to get your opponent on the ground as fast as possible, it can put you at a disadvantage.

Since it is primarily a grappling art and involves two people, BJJ can be limited when it comes to fending off multiple attackers. That’s why most BJJ artists learn and mix different martial arts to generate unique styles to be applied in various situations. 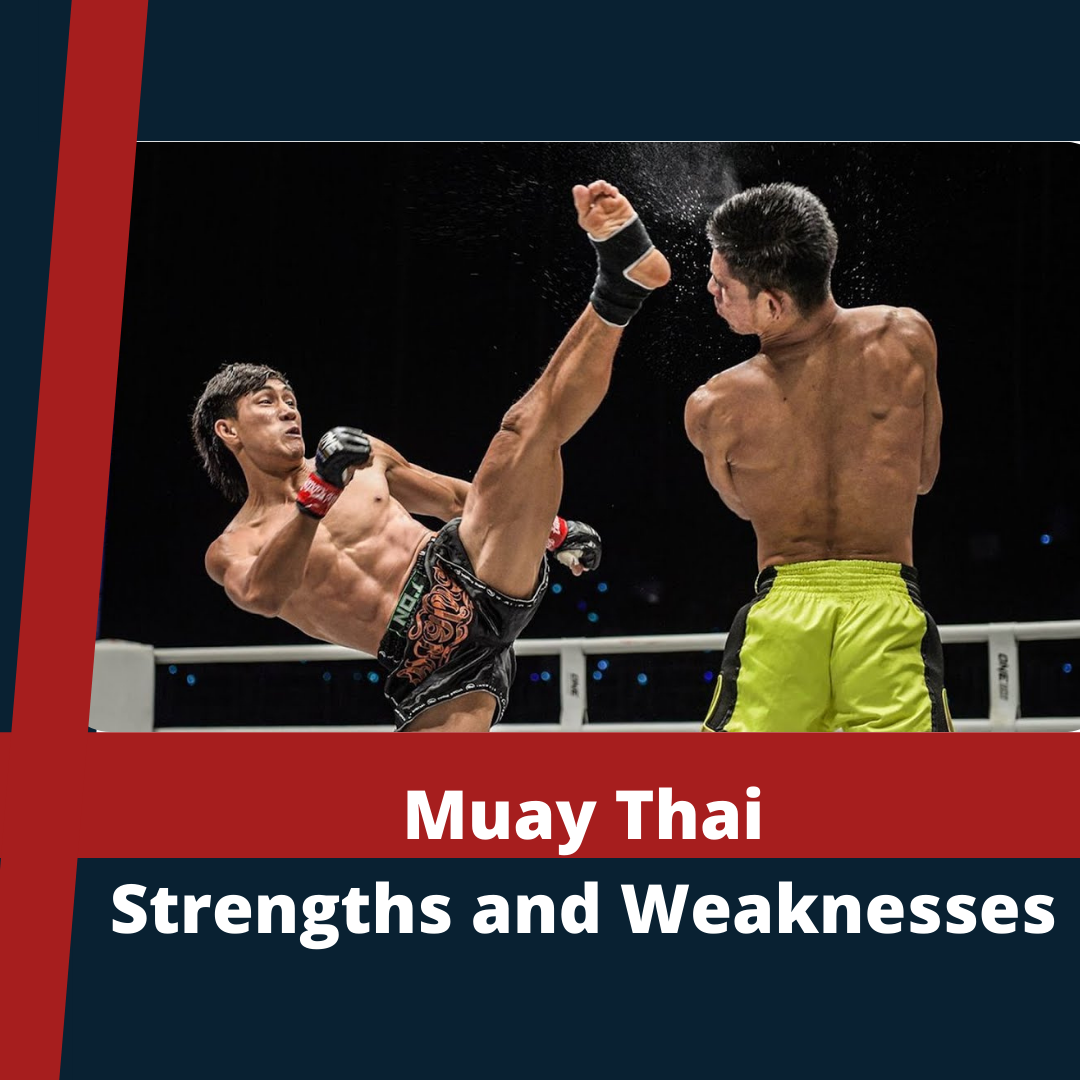 Muay Thai (MT), also known as the ‘art of eight limbs’, makes use of eight points of contact, namely punches, elbows, knees and kicks. It is one of the most lethal types of martial arts because it has very few rules and is designed to quickly and violently immobilize your opponent. Here, the approach is not defensive; rather the focus is to win the fight using the eight limbs.

Frequent injury is one of Muay Thai’s disadvantages. And because the technique focuses mostly on kicks and arm punches, practitioners are more susceptible if forced to the ground. Muay Thai also doesn’t use the bobbing and weaving technique we frequently see in other styles, like traditional boxing. This can pose a challenge in the ring if you’re up against someone who can weave with ease. This is because they could exploit the fact that you can’t easily protect yourself and will easily dodge your shots. 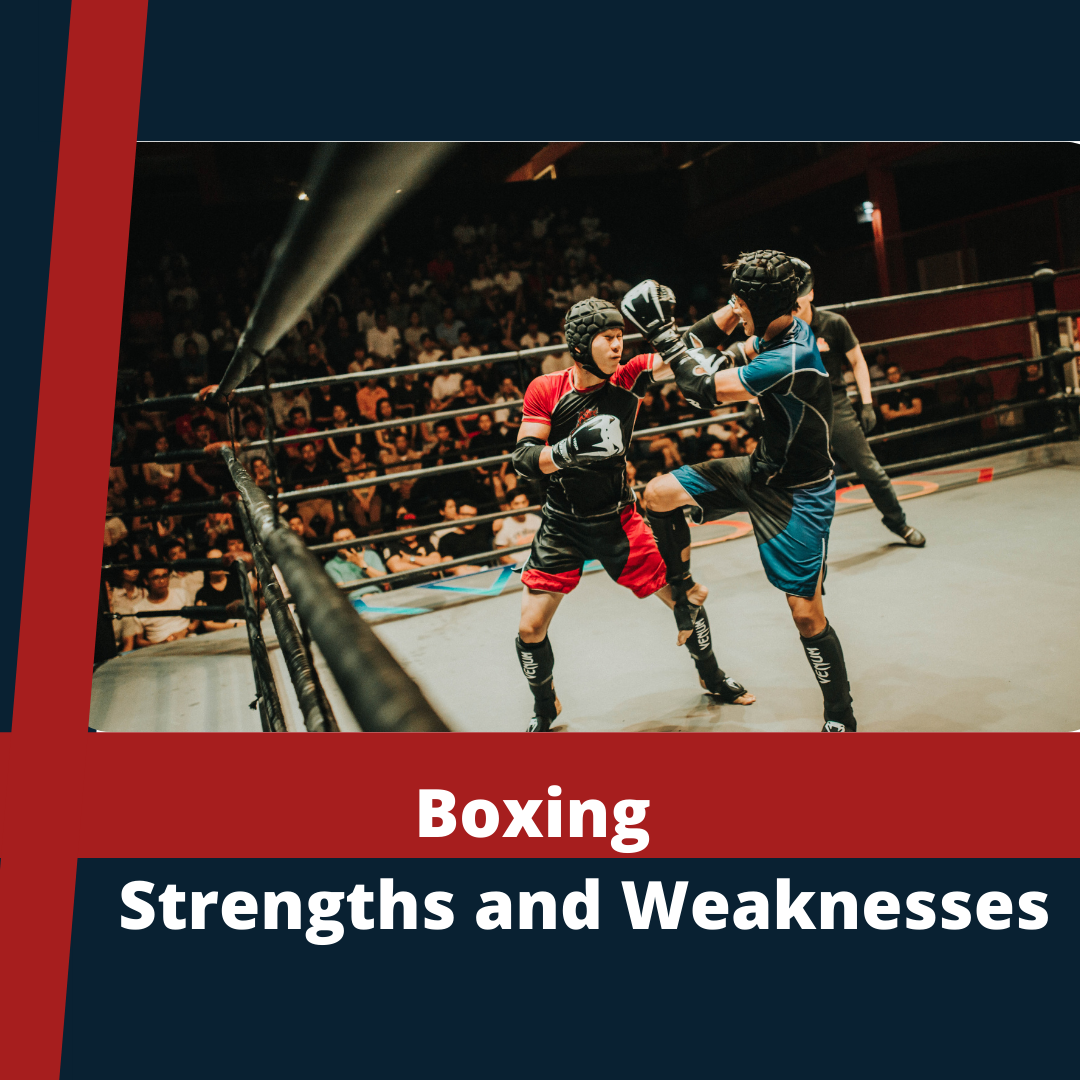 Boxing is one of the oldest and most popular martial arts for striking and general physical conditioning. When people box for fitness and exercise, they often use a punching bag to avoid contact that can lead to concussions and other injuries. Let’s see what strengths and weaknesses boxing possesses.

One of the biggest disadvantages of boxing is the risk of injury, either during training or a fight. Of course that applies to all combat sports.

The limitation of boxing is that it only teaches you how to make use of your hands. There are no kicks in boxing; nor are there any knee or elbow strikes. In a crisis moment where you want to defend yourself, use everything you have at your disposal.

Each martial art has its share of strengths and weaknesses. But training in multiple martial arts such as BJJ, Muay Thai and boxing can make you a far better-rounded fighter. If you want to know more about martial arts that benefit your self-defence skills, contact Legends MMA.